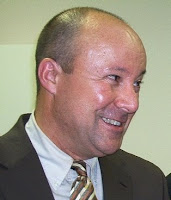 Mr. Gormley, can continue to trash talk, spew vitriolic rants, attack and attempt to bully me all he wants. It obviously makes him feel good.
Posted by Larry Hubich at 11:24

Larry, I encourage you to NOT appear on Gormley's onesided, biased, Rightwing show.

Anyone who has listened for even a few minutes is aware of his over the top, unfair manner in dealing with guests and callers who disagree with his hardened and often extreme thinking.

After the last federal election, I wrote to the Chief Electoral Officer and stressed to them that Gormley's ENTIRE salary during the campaign, should have to be declared as an election expense by the Conservative Party of Canada.

Day after day, hour after hour, Gormley pimped for Harper and his policies.

Those of us who blog are well aware of his cozy relationship and advertising for the smalldeadanimals blogsite. (A group that you know is NOT friendly to organized labour or working people in general). Saskatchewan's other major bloggers, some of whom have received positive national recognition, are never mentioned by Gormley unless there is some way that he can attack, criticise or minimize their content.

Mr. Gormley is not well serving the people of Saskatchewan because he is totally discriminatory in the slant that his show advances.

Were you to appear on his show, I am convinced that his production team and most rapid listeners would ensure that a trap was laid for you. His selection of callers is notorious. I have tried to call into his show on more than one occasion using my name. I have never yet had a chance to talk to him or advance my thoughts. Gormley is quick on the draw in cutting off callers.

I urge you to completely ignore ANY requests that he makes to bring you onto his biased, one-sided, and extremely Right wing farce of a program.

Happy New Year to you, your staff and the entire Federation! All the best!!

I chuckled when I read his column today and he mentioned that you were a "no show."
No guff and who in his right (well left mind) would want to go on air with this guy. Good that you rebutted his lie.

Thank you for your comments. Best wishes and good luck in 2009.