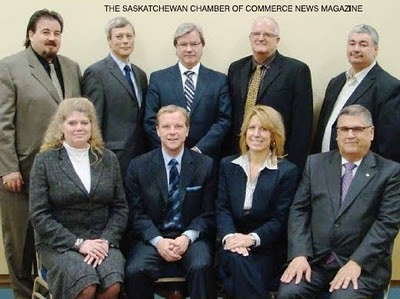 It's also time to focus our attention on turfing the chamber's puppets out of the Saskatchewan legislature. Governments have a responsibility and obligation to regulate and legislate in the "public" interest, not in the singular interest of the captains of industry in corporate back-rooms and behind closed doors.
Posted by Larry Hubich at 09:32

Brad Wall has been Premier for 3 years. When do you think we can expect the rollout of the hidden agenda, the mass firing of civil servants, and turfing out the grannies into the snow?

Can you make up more scares like this? I haven't had a good Depends moment in ages. Note; union card is in my wallet.