Democracy is being hijacked alright - but not by any Coalition 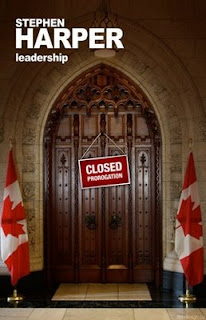 Thanks to Dr. Dawg over on Dawg's Blawg for his post "Conservative coup d'état?". I sincerely hope that people are raising questions about the obvious double standard and constantly changing "rules of the game".

"The Alberta lawyer who drafted a power-sharing proposal between Stockwell Day, Gilles Duceppe and Joe Clark in 2000 is now suggesting that the Conservatives should defy the Governor-General if she were to ask the Liberal-NDP coalition to form a new government if the Conservative administration falls on January 27." Read more here....

The conservatives have been very wicked, haven't they? By getting the GG to prorogue in circumstances that stink to high heaven, they have succeeded in delegitimizing her in the eyes of a sizeable part of the Canadians population. It is my contention that should they now decide to go over her head, there will be much less resistance to what Dr. Dawg rightly calls a coup d'état.