Who's to Blame? - Greedy Corporate Hucksters 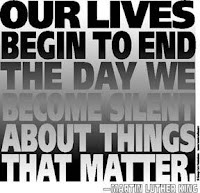 A few years ago, I wrote a letter to then Premier, Lorne Calvert and NDP government MLA's urging the Saskatchewan Government not to heed the pressure that was coming from various elements of the business crowd and their political friends. A group who were screaming that the world would come to an end if the government dared to carry through on it's stated intention of providing workers with the ability to aquire additional hours of work by the exercise of length of service.

In that letter I used the phrase "Greedy Corporate Hucksters" to describe the type of people and organizations who would resort to a campaign of misinformation, distortion, fear and outright lies in their efforts to destroy workers rights. In fact, if you "google" the phrase "greedy corporate hucksters" today you'll find a few hits and remnants that will take you back to that time.
The reason I raise this now, is because the world is going through an economic turmoil and collapse the likes of which most people living today have never seen. The root cause for this economic calamity is becoming abundantly clear - Wall Street Ponzi Schemes, pyramids, scandal ridden corporate excess and abuse, massive deregulation of the financial sector and plain old fashioned corporate hucksterism.
Michael Moore in his recent on-line letter states the obvious, the U.S. government is prepared to bail out these crooks, but working folks are supposed to pay for a catastrophe they had no hand in creating, by taking massive wage cuts. Says Moore:

"But instead, the Senate said, we'll give you the loan only if the factory workers take a $20 an hour cut in wages, pension and health care. That's right. After giving BILLIONS to Wall Street hucksters and criminal investment bankers -- billions with no strings attached and, as we have since learned, no oversight whatsoever....." Read the full letter here.....

It's time for governments to act in the interests of the people. It's time for governments to prosecute the corporate criminals, to seize their assets and convert them to the public, to strictly re-regulate the financial sector, and to throw the "Greedy Corporate Hucksters" in jail. Yes, Mr. Harper, it's time to get tough on crime. The real crime, the white collar crime that is destroying our economy, our communities, our societies and our democracy.
Howard Zinn, in his book "Failure to Quit", stated it more articulately than I could ever hope to when he talked about civil disobedience: