Workers and Unions didn't create this mess - Corporations did! 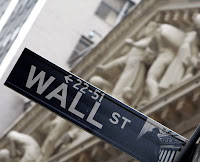 There's a fantastic article written by Robert Parry entitled: Obama's War with the Right (& Media). It currently appears on a couple of web-sites at:

Truthout.org: Obama's War with the Right (& Media)
and
Consortiumnews.com: Obama's War with the Right (& Media)
What astonishes me, is that the people who actually caused the current economic mess the world has been plunged into (i.e. greedy corporate executives and corrupt right-wing political leaders) continue to try and blame somebody else for this calamity. In lock-step, the mainstream media is doing everything they can to assist in blaming the victims.
Did you know that the United States of America boasts one of the lowest rates of unionization in the developed world - a mere 12%. Yet to listen to the right-wingers and the media they own and control, you'd think this 12% of workers has been in charge of the economy, making the decisions all along, and are the cause of the problem.
Let me point out these facts:
Here are a couple of questions: How can 12% of the people, who are just making enough wages and benefits to have a decent life and raise a family, be the cause of financial ruin of an entire country? What are the other 88% of the people doing, working for minimum wage?
The article is so good, I've reproduced it below:

In a startling ambitious budget message, President Barack Obama has thrown down the gauntlet to the American Right not only by tying the current economic crisis to the recklessness of the past eight years under George W. Bush but by tracing it back further to the anti-regulatory, anti-labor and anti-government policies of Ronald Reagan.

"For the better part of three decades, a disproportionate share of the nation's wealth has been accumulated by the very wealthy," the 142-page budget message states. "Technological advances and growing global competition, while transforming whole industries - and birthing new ones - has accentuated the trend toward rising inequality."

Though Obama lays the bulk of what he calls "a legacy of mismanagement and misplaced priorities" at the feet of the Bush administration, there is no mistaking his larger message - that the problems which were "exacerbated" by Bush's tax cuts and other pro-rich policies have been building since Reagan's 1981 inaugural declaration that "government is the problem."

Obama even made a glancing reference to that formulation in his preamble to the budget message. "We need to put tired ideologies aside, and ask not whether our government is too big or too small, or whether it is the problem or the solution, but whether it is working for the American people," Obama said.

To the American Right, those are fighting words, and leading right-wingers have already trotted out their curious charge of "class warfare," an ironic message given the fact that the growing disparity in American wealth reveals that "class warfare" has long been at the heart of Reagan-Bush policies - and the rich are winning.

Yet, while it may be audacious for the young President to take on the well-entrenched forces of reaction in Washington, there is another reason for Obama and his supporters to worry. The national news media remains largely enthralled by the pro-Republican rules of the past three decades.

In both right-wing and mainstream news organizations, stories continue to be structured as faulting Obama and largely absolving Bush (not to mention the iconic Reagan).

Look for example at the lead stories in the New York Times and the Washington Post on Saturday. Both describe the stomach-turning 6.2 percent drop in the gross domestic product during the last quarter of 2008. Though that was the last economic quarter of the Bush administration, the stories instead were framed around Obama's failures.

The New York Times cites "a sense of disconnect between the projections of the [Obama] White House and the grim realities of everyday American life." The Washington Post says "the worse-than-expected data fueled doubts about whether the Obama administration had adequately sized up the challenges it faces."

What is remarkable about the two stories - and similar ones at other leading newspapers - is that the name "Bush" is nowhere to be found. Instead of a negative slant against Obama, the stories might reasonably have read that George W. Bush left behind an even worse economic mess than previously understood.

The newspapers could have explained how Bush's policy prescriptions - such as large tax cuts for the wealthy, a neglect of regulation and the declining living standards of the middle class - had pushed the United States to the brink of economic catastrophe. There might have been at least one reference to how Bush contributed to "the grim realities of everyday American life."

Or some of the commentators who have been criticizing Obama's dire warnings about the state of the U.S. economy - accusing him of "talking down" the economy - might have extended an apology, admitting that the President was more correct than they were. They might even have noted that Bush actually had "taken down" the economy.

But that would require a break from the media paradigm of the past few decades - and there is no sign that the powerful right-wing news media has any intention of changing its ideological ways, nor that the mainstream news media will stop its endless attempts to prove it's not "liberal."

The only times Bush gets mentioned these days, it seems to be in the most favorable light.

For instance, while forgetting to mention that the fourth quarter of 2008 fell during Bush's presidency, the U.S. news media gave Bush lots of credit for Obama's announcement that he will withdraw all U.S. combat forces by Aug. 31, 2010. CNN and other news outlets cited Bush's Iraq War "surge" as the reason Obama could pull out troops.

In other words, Bush gets credit for Obama ending an unnecessary war that Bush launched almost six years ago, while Obama is faulted for the 6.2 percent drop in the GDP under Bush.

As Obama sets off on a hazardous political journey - seeking national health insurance, a "greener" economy, educational and infrastructure investments, and higher taxes on the rich - he can expect continued hostility from most of the American news media, both on the right and in the mainstream.

That may be a structural problem that could prove fatal for the President's goals.

-------
Robert Parry broke many of the Iran-Contra stories in the 1980s for the Associated Press and Newsweek. His latest book, Neck Deep: The Disastrous Presidency of George W. Bush, was written with two of his sons, Sam and Nat, and can be ordered at neckdeepbook.com. His two previous books, Secrecy & Privilege: The Rise of the Bush Dynasty from Watergate to Iraq and Lost History: Contras, Cocaine, the Press & 'Project Truth' are also available there. Or go to Amazon.com.