The Power to Change Things, Labour Rights as Human Rights 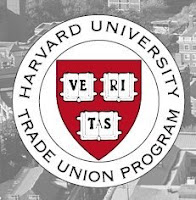 Dr. Elaine Bernard, Executive Director of the Harvard Trade Union Program at Harvard Law School recently wrote a piece that appears in the Dec/Jan issue of Our Times magazine entitled "The Power to Change Things, Labour Rights as Human Rights".

It is reproduced below:

Up until the Cold War ended, human rights activists tended to focus on individual "prisoners of conscience," emphasizing the denial of a narrow set of political freedoms. And labour rights tended to be only the concern of unions. Although occasionally included in human rights campaigns as an expression of the freedom of association, they generally took a back seat to political freedom of expression. But with the end of the Cold War, and with the tremendous organizing and education done by the global solidarity movement, from global unions, to anti- sweatshop activists, to the world global forum, we've seen a renewed interest in a more robust and full expression of human rights - one that includes economic rights.

Some of the economic rights listed in Article 25 of the United Nations' Universal Declaration of Human Rights, signed 60 yeas ago, include the provision that "everyone has the right to a standard of living adequate for the health and well-being of himself and of his family, including food, clothing, housing and medical care and necessary social services, and the right to security in the event of unemployment, sickness, disability, widowhood, old age or other lack of livelihood in circumstances beyond his control." Also, explicitly listed in Article 23 is the right to form and join trade unions.

The relationship between political and economic rights is rather self-evident. Political rights, including freedom of association and the right to organize, are the foundation upon which communities build power, advocate for their interests and seek their share of society's resources.

The inclusion of economic rights as fundamental human rights demands that we go further than simply saying that the state, employers and courts should "allow" workers, citizens, and communities to form organizations to attempt to win contracts, legislation and rights. Rather, these institutions themselves should be promoting organizing, and justice, and economic equality.

For example, the default position of labour law should be one that assumes employees have the right to a democratic, collective voice, and to participate in decision-making in the workplace.

Instead, the natural state of the workplace is assumed to be one where employees have no right to participate in decision-making. And most labour laws consist of regulations over how employees will prove majority support for unionizing, gain recognition as the sole bargainingagent, and successfully bargain a collective agreement.

This, in fact, is why we need unions more than ever: to fight for the economic justice that Article 25 of the Universal Declaration of Human Rights describes.

Today, union density in Canada has slipped just below 30 per cent, with 72 per cent of the public sector organized, but only 17 per cent of the private sector organized. However, with just under one out of three workers a union member, unions still set the standard for wages and working conditions, not only for their members, but often for the non-union sector as well. So, this decline in strength, density and influence of the labour movement as a whole must be a concern for everyone - whether union member or not. The decline in union density has led to stagnating and/or declining wages and benefits of private sector workers, undermining the entire community. In a Hobbesian world of labour markets, no one sector or group can remain an island of good wages and working standards in a sea of declining standards and conditions.

In addition to the economic impact, the decline in unions has also had a detrimental impact on our democracy. Rights at work, including freedom of association and the right to form unions and collectively bargain, are key underpinnings of a democratic society. Unions, as institutions, and union members as skilled organizers, supported and provided resources, activists and inspiration for many other social movements. As well, unions sought, through public policy initiatives and political action, to practice social solidarity: winning benefits first for their members, thorough collective bargaining, and then spreading them to the rest of the workforce through political action and support for government social programs.

Alexis de Tocqueville, writing in the early 1800s, observed that "in democratic countries, knowledge of how to combine is the mother of all other forms of knowledge; on its progress depends that of all the others." Where, but through the labour movement, do millions of workers in Canada learn how to democratically combine, not into an exclusive community of their own choosing, but, as a workforce hired by an employer, moulded into a community though union organizing.

The centrality of work in people's lives, both as a location where we spend considerable time but also as the only source of income for the majority of people, makes the issue of labour rights and what happens to people in the workplace vital for all Canadians. The workplace is a unique location within which most of us spend many of our waking hours, and where many important decisions are made that affect our lives and the lives of our neighbours.

Without a union as a vehicle for collective voice and action, individual workers are powerless. How can workers spend eight or more hours a day in workplaces where they have no right, legal or otherwise, to participate in crucial decisions that affect them, and then engage in robust, critical dialogue about our society after hours? Eventually the strain of being deferential servants with few rights from nine to five diminishes our after-hours liberty and sense of civic entitlement andresponsibility.

Unions as Schools for Democracy

A crucial but little-appreciated role of the labour movement is that it builds democratic communities - that's one of the key things that unions do. By bringing together workers, who have few rights, who are isolated as individuals and often competing against each other, unions forge a community in the workplace among workers. They help workers understand that they have rights, and they provide a vehicle for exercising those rights. Beyond the defence and promotion of individual union members' rights, unions also provide a collective voice for workers. They provide a powerful check to the almost total power of management in the workplace. And they fight for the right of workers to participate in decision-making in theworkplace.

But labour movements and other communities of common interest don't just happen. They have to be consciously constructed, with a lot of hard work, discussion and organization. Constructing democratic communities in the workplace or anywhere is an ongoing process, rather like democracy. And, like democracy, it's a process that can be rolled back or reversed.

Organizing is important, but it needs to be more than simply signing up new members. Rather, the future of unions and their power rests with an informed, committed membership who understand that they are the union and that the power of the union rests with them. Today, the vast majority of union members were not won to the labour movement through their participation in organizing campaigns. Rather, they became union members by getting a job in a unionized workplace, with membership seen as simply one more automatic deduction from a dwindling pay cheque. Occasionally, workers might purposely seek out a unionized workplace because they are aware of the union advantage. However, just as often, they associate the "good job with good benefits" as simply a feature of the industry or company. So, a further organizing challenge for unions is learning to transform these inactive and potentially reluctant "dues payers" into informed, committed, union activists.

Why are workers who come to the labour movement through an organizing campaign different than those who simply join an existing union? Because, when workers decide to organize, they are deciding to take a stand, and to transform their workplace. And, in the process, they transform themselves and their co-workers. An organizing drive may start with a few workers talking about specific problems and grievances but, before long, they are broadening their critique to include general issues of dignity and their right to a say in the workplace.

Successful organizing campaigns are not just an explosion of grievances against the employer; they are also a positive assertion by workers that they are more than hands for hire and that they have a right to negotiate the terms and conditions of their employment. Not surprisingly, union members gained through new union organizing are among the most committed and enthusiastic activists.

The hundreds of local unions across Canada are the keystone of the labour movement because they're the springboard for membership participation and leadership development (whether in unions, politics or community). It's the experience members have at the local level that determines whether they will see their union as just an agency, or whether they will grow to understand that the power of the union is not in its full-time staff and officers (with the power entering and leaving the workplace with the visits by the staff reps) but rather is embodied in the membership and is in the workplace at all times whenever union members are present. And it iscommitted activist members who are the best promoters and organizers of unions.

This raises an important challenge: as unions seek to centralize resources and build regional and national capacity, do they weaken locals and their role as a vehicle for membership engagement?

Unions must build quantitative strength through growth, but, equally, they must meet the challenge to build qualitative strength through involving greater numbers of members in the activities of the union. Unions, to succeed, must be more than instruments for winning wages and resolving workplace grievances. The vital role of unions is as schools for democracy in a society where there are very few places where we actually get to practice democratic decision-making. And there is no more important place for workers to be able to exercise their rights than at the centre of the production or provision of goods, services and caretaking - the workplace.

In short, unions are the premier institution of a free, democratic society, promoting democracy in the workplace, as well as economic and social justice, and equality. They have this role because they are instruments of transformation of members and of society at large. And in this wonderful transformation rests the real power of unions and their vital role as advocates and vehicles forhuman rights.

Sixty years ago, on December 10, 1948, the General Assembly of the United Nations unanimously adopted the Universal Declaration of Human Rights. The impetus for this remarkable document was global revulsion over the carnage and horrors of the Second World War. An estimated 70 million people died as a result of the war, including tens of millions of civilian victims of war-related catastrophes such as famine. Three years after this most destructive war in human history, the world community recognized "the inherent dignity" and "the equal and inalienable rights of all members of the human family."

Unfortunately, shortly after its adoption, this remarkable consensus document became a victim of the Cold War, with human rights becoming a politically-charged term to be used selectively as yet another propaganda tool. - E. B.

Is a union's goal merely to lobby power, and use the political influence of its leaders to get a little more for its members? Or is it to help transform power in society as a whole by extending democracy to the workplace and the economic sphere and, ultimately, to break up concentrations of power, influence and wealth? If labour's goal is the transformation of power, then it means leading a democratic struggle throughout society and within workplaces. It means constructing democratic unions and moving beyond a strategy of simply seeking to lobby those in power, whether by militant or cooperative strategies, and, instead, building a democratic alternative to the concentration of power and wealth. - E. B.