Wall government continues to embarrass Saskatchewan on the world stage

The posting below is reproduced directly from the ITUC website.  The Wall government's record on labour and worker rights continues to be a global embarrassment.


Restrictions of Labour Rights in Canada

25 May 2011: A new report by the ITUC on core labour standards in Canada, published to coincide with the World Trade Organisation’s (WTO) review of its trade policies, finds some significant workers’ rights restrictions.

Despite the fact that federal law grants workers in both public and private sectors the right to join and form trade unions, many restrictions of trade union rights exist due to the legal regimes in force in several Canadian provinces. Furthermore provincial governments frequently use back-to-work legislation to unilaterally end strikes by their employees.

The report also finds that, although the laws of Canada prohibit discrimination, women still face a considerable pay gap and the labour market is segregated on gender lines.

Canada has only ratified five of the eight ILO international core labour standards.

To read the full report

Posted by Larry Hubich at 17:19 No comments:

TREK: Documentary film of the On To Ottawa Trek and the Regina Riot 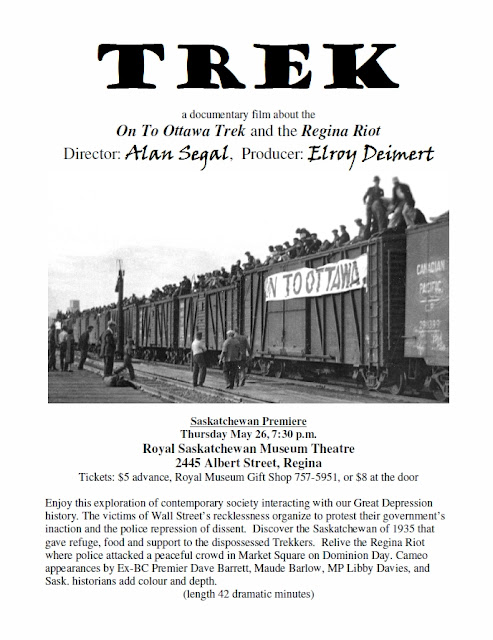 Posted by Larry Hubich at 15:48 No comments:

Vote for "The Sheepdogs" for the cover of Rolling Stone magazine