There's an article in today's Regina Leader-Post that reports on an 18-year-old cashier who has been found guilty of fraud for giving customers a break at the till of a local Wal-Mart. In other words the young worker stole from his employer. (see: Cashier to pay Wal-Mart back)

The employee will spend the next two years paying back $2,500 to the biggest company on the planet.

Meanwhile, a couple of years ago an employer (Poverino's Restaurant) was found guilty of stealing over $62,000 from approximately 130 young workers, and the owners are getting off scott-free. (see: Wage Theft in Saskatchewan)

And the Brad Wall government is doing nothing about it. Talk about a double standard.
Posted by Larry Hubich at 08:00 2 comments:

The video below is a clip from the opening of the Sask. Party government's public hearings into proposed changes to the Construction Industry Labour Relations Act (Bill 80). During this video, Sask. Party members on the Standing Committee on Human Services of the provincial legislature repeated refuse to open up the hearings in a larger venue to accommodate larger delegations of public citizens.

Despite rational, reasonable, and common sense proposals being put forward by NDP opposition MLA, Cam Broten to provide a larger venue for the hearings, the Sask. Party MLA members of the committee repeatedly vote down allowing the public to participate in the public hearings.

Posted by Larry Hubich at 22:42 No comments:

Job Security - The Real Thing
On Strike against Coke in Saskatoon
.
Posted by Larry Hubich at 22:25 3 comments:

"Save our CEOs" - Teaser for Michael Moore's new film

Posted by Larry Hubich at 09:03 No comments: 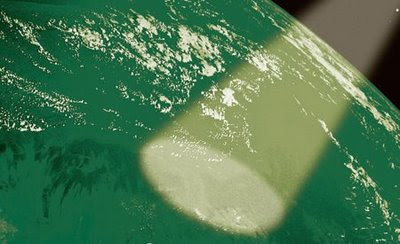 There's a very interesting article on the StraightGoods website by Dr. Roy J. Adams about Canadian labour laws in the context of international standards. It can be found by clicking here.... and is reproduced below:

Supreme Court constitutionalized unions but Canadian laws have yet to follow.

Two years after the landmark Supreme Court decision that constitutionalized the right to organize and to bargain collectively, not much has changed. Contrary to what might be expected, neither federal nor provincial governments have moved to bring their legislation into line with the international standards against which the SCC judged them.

Instead, governments have put forth legislation that seems likely to be found contrary to the decision. As well, one recent case is almost certainly contrary to international standards and another, if upheld, will thoroughly shake confidence in long standing Canadian approaches to labour law.

Some 70 percent of Canadian workers have no effective say in their conditions of work, due to current laws.

Until two years ago collective bargaining in Canada was, at best, a statutory right, given or taken away by current laws. Its status would vary with the change of political tides. Then came the 2007 BC Health Services case, where the Supreme Court lavishly praised the capacity of collective bargaining to strengthen the Charter values of freedom, democracy, equality, autonomy and dignity.

During the summer and fall of 2007 a minority Nova Scotia Tory government threatened legislation extending the ban on health care worker strikes. The initiative proved to be so unpopular that the government never brought forth the promised legislation, so its constitutionality was not tested.

In Saskatchewan, however, the right-leaning Saskatchewan Party did pass legislation in 2008 restricting public sector workers right to strike. The law has been challenged by the Saskatchewan Federation of Labour and is now before the courts.

In Canada, our well-established approach to bargaining structure (which union bargains for which workers with which employer) has been to legislate it. Typically an established union applies to a labour relations board to become the exclusive agent of a coherent group of employees such as all production workers in a factory or all clerks in a retail store. When the labour board issues an order certifying the union, a bargaining unit is created.

Internationally, however, the standards call for unions and employers to negotiate their own structure. Indeed, one of the pillars of international law with respect to the right to organize is that any group of workers may form a union or association and, through it, negotiate with relevant employers.

International standards say that employers have a responsibility to recognize and bargain in good faith with such unions even if those unions have not signed up the majority of the relevant workers.

This approach opens up the possibility that employers may encourage independent non-statutory unions in hopes that they will be weaker than certified unions operating with the support of government legislation.

Fearing this effect, many established unions are not keen on the non-statutory option. But neither are many employers, because they may find themselves faced with incompatible demands from several minority unions.

That decision produced a remarkable reaction which indicates how little international standards are understood in Canada and how strong the current patterns of behaviour are.

Apparently unaware of the courts insult to international human rights standards, the United Food and Commercial Workers — one of four unions actively promoting the notion of labour rights as human rights — was delighted with the decision because it would allow the union to use its traditional organizing techniques to target factory farms. In response to the decision, the corporate farm lobby pressured the Ontario government to appeal the decision. And that's what it did.

So here we have an employer lobby pushing for a decision consistent with international standards, versus a union know for championing human rights that is, in this case, cheering a decision that offends human rights.

Another instance that demonstrates the clash between legislated and non-statutory certification occurred in Québec.

There, the government recently decided that there were too many bargaining units in the public sector and reorganized and simplified them by legislation. Unions negatively affected by this initiative appealed the employers actions, claiming an infringement of their freedom of association. A Quebec Court agreed with them and told the government to back off.

If the Quebec decision stands, governments may have to rethink their approach to legislating bargaining structure — but probably not too much. Majoritarian certification is acceptable under international standards, so long as workers and their employers are able to organize and bargain in other formats if they choose to do so.

For example, both international standards and the language used by the Supreme Court in recent decisions indicate that public sector employers have a direct constitutional responsibility to recognize and bargain with unions of their own employees regardless of their employees status under labour law.

In Ontario, college part-timers, excluded from the relevant legislation, formed an association and began to push to be recognized. But instead of seeking to negotiate a tailor-made procedure as international law says they are entitled to, they instead sought to be included under legislation that embodied traditional Canadian principles of majoritarianism, legislatively imposed structure and exclusive representation.

As things now stand, some 70 percent of Canadian workers have no effective say in the establishment of their conditions of work. For those workers our traditional approach to labour legislation is not working. The best chance that they have of acquiring the democracy, freedom, equality, autonomy and dignity enhancing benefits of collective bargaining is full acceptance by all concerned of both the spirit and letter of international human rights law. But cultural patterns, once firmly established, have a way of persisting. It remains to be seen whether activist courts can break those patterns.

Posted by Larry Hubich at 07:15 No comments:

Its time for a fair deal for CUPE workers

Posted by Larry Hubich at 07:59 No comments: