Toronto G20 - The Shape of Things to Come - The Real News

Posted by Larry Hubich at 18:30 No comments:

Financiers back in their private jets, while peaceful citizens remain in cages: Linda McQuaig 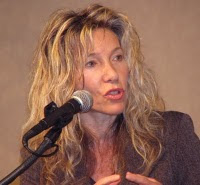 Reproduced below (from rabble.ca) is a column on the recent G20 meetings in Toronto by award winning author, journalist, and columnist Linda McQuaig:

Financiers back in their private jets, while peaceful citizens remain in cages

The violence of the mob was considerable, with hooligans smashing windows, looting stores and setting police cars ablaze.

I'm referring, of course, to the hockey riots in Montreal in April 2008, after the Montreal Canadiens' playoff victory over the Boston Bruins.

If you don't remember this thuggery -- or similar Montreal riots last month following another hockey victory -- it's probably because that violence wasn't used as an excuse to justify a massive police clampdown on a city.

What went on in Toronto last weekend -- as this usually vibrant city was put under virtual police lockdown -- went far beyond any necessary measures to preserve public order and protect world leaders at the G20 summit.

Could this massive display of force be an example of Stephen Harper's intense desire to control things, from the PMO right down to street protestors?

Certainly, when it comes to those who openly protest his policies, the Prime Minister appears determined to smother dissent at any cost, with little regard for their legal or civil rights.

Before the summit even began, Harper was clearly gearing up for a crackdown, with plans to spend $930 million on 19,000 police for the G20 (and smaller G8 summit in Huntsville).

This was stunningly out of line with how other big cities have handled G20 summits. Britain spent $28.6 million on 5,000 police to host the G20 in London in April 2009, while the U.S. spent a paltry $12.2 million on 4,000 police for the Pittsburgh G20 summit last September. Yet no world leaders were roughed up in London or Pittsburgh.

With Torontonians enraged by the exorbitant cost of arming their city to the teeth, the Harper government seemed determined to make it look necessary.

On Saturday afternoon, a number of black-clad hooligans broke from the peaceful march and began an outrageous rampage of vandalism through downtown Toronto. Despite a massive presence of police in the city core, hoodlums were able to smash shop windows unimpeded and leave police cars burning in front of TV cameras, creating the impression the city was dangerously under siege.

Police then moved forcefully, swooping up hundreds of people -- many of whom were obviously peaceful protestors, including some singing O Canada -- and holding them in deplorable conditions in cages at a makeshift detention centre.

As the Star reported, a veterinarian was woken at 4 a.m. by police pointing a gun at him in his High Park bedroom, as they searched for a protest organizer.

And Sunday evening, dozens of people who weren't even protesting -- including some whose apparent crime was waiting for a bus at Spadina and Queen Streets -- were detained on the street for four hours, much of it during a torrential downpour.

Meanwhile, even as his government hemorrhaged close to a billion dollars on "security" over the weekend, Harper pushed an agenda of austerity and deficit cutting at the G20.

This will mean brutal belt-tightening around the world, even though the deficits are clearly the result of the global recession triggered by the 2008 Wall Street meltdown. This connection is not lost on the G20 protestors, who see great injustice in the world's people being made to tighten their belts because of Wall Street's financial speculation.

With the top 25 hedge fund managers earning a combined $25.3 billion last year, Wall Street's bailed-out financiers are clearly back in their private jets -- while peaceful citizens protesting such injustice are locked up in cages.

Linda McQuaig is author of It's the Crude, Dude: War, Big Oil and the Fight for the Planet.

Posted by Larry Hubich at 15:19 No comments:

Naomi Klein: The Real Crime Scene Was Inside the G20 Summit - Democracy Now!

Posted by Larry Hubich at 17:30 No comments:

Paikin on police attack against peaceful protest: The Real News

Posted by Larry Hubich at 09:16 No comments:

It's clear to me that the right-wing, anti-union, hate based, shout radio type, media has desensitized many in the population to the routine murder of trade unionists. Last year, according to the newest release of the ITUC, 101 trade unionists were murdered.

And, unless I missed it, there is zero coverage of this in most of the mainstream media. You can bet if 101 bankers, or 101 CEOs were murdered last year this would be the lead story for a month.

I will never buy another sandwich from Subway, EVER!

As a result of the firing of an employee from her job at a Subway in Dartmouth, N.S for giving her free employee lunch submarine sandwich to the vicitms of a fire, I will never buy another thing from Subway, EVER!

You can not treat decent hard-working folks this way and face no consequences.

Posted by Larry Hubich at 12:19 No comments:

Sounds Like a Revolution - HD Trailer from Deltatime Productions on Vimeo.

Posted by Larry Hubich at 23:14 No comments:

75th Anniversary of the On To Ottawa Trek 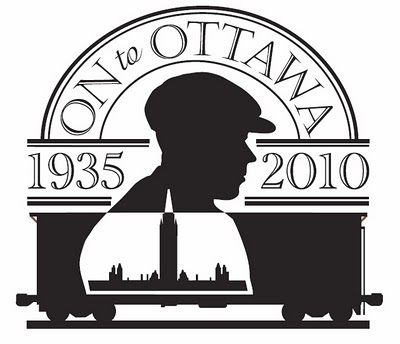 Shout Out for Global Justice 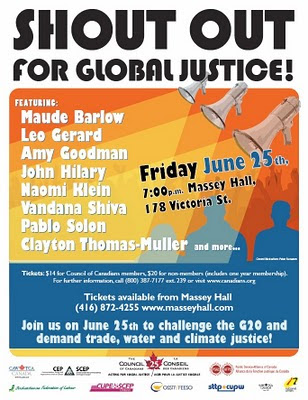 Click here to view poster in PDF
Posted by Larry Hubich at 17:00 No comments: