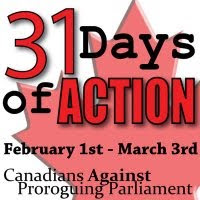 Canadians Against Proroguing Parliament
www.noprorogue.ca
Posted by Larry Hubich at 21:13 No comments:

Olbermann: Freedom of speech has been destroyed

Posted by Larry Hubich at 23:39 No comments:

Wanted: For Crimes Against Democracy 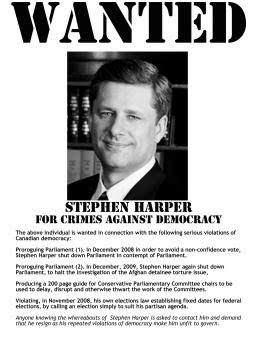 Posted by Larry Hubich at 23:35 No comments:

Olbermann slams Limbaugh and Robertson for hatred against Haitians

Posted by Larry Hubich at 11:18 No comments:

Get back to work - noprorogue.ca

"Following Stephen Harper's cynical decision to suspend democracy for the second time in a year, an unprecedented backlash is building across Canada. On 23 January 2010, at demonstrations in over 30 communities from coast to coast to coast, Canadians will send an unmistakable message in defence of Parliament, pluralism, and our nation's proud democratic tradition."

Harper, "Naked self interest" - The Economist 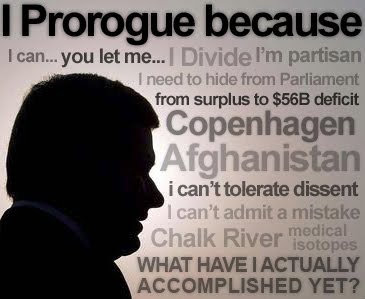 "Parliamentary scrutiny may be tedious, but democracies cannot afford to dispense with it."

Posted by Larry Hubich at 08:12 No comments:

Stand Up for Democracy! 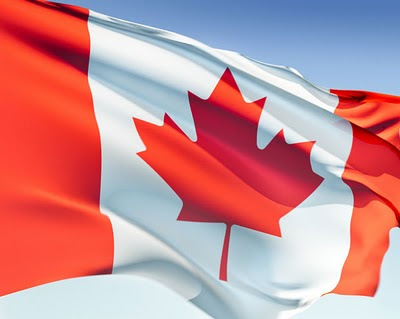 The idiot empire: by Murray Dobbin 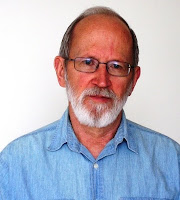 Reproduced below, and linked here is a brand new column from Murray Dobbin's blog. One of the best I've read in a long time. It needs no explanation.

Posted on January 4, 2010 by murraydobbin

What happens when an empire is run by people who have a visceral contempt for government and all it stands for? You have an empire that will ultimately fail and collapse because whatever else you might leave to “market forces” administering a global empire and protecting the motherland from attack is not something you want to leave beholden to the profit motive.

We have become so accustomed to the US being a clumsy and inept giant that it’s frighteningly stupid responses to crises (most of its own making) don’t even warrant comment any more. Only if the catastrophe is on the scale of Katrina do people notice. Take the response to the Nigerian who nearly blew a plane out of the sky – an operation effective in its planning but fortunately not in its execution.

The system should have worked and the US had extraordinary luck in being informed by the man’s father that he was becoming increasingly – perhaps dangerously – radical in his Islamic beliefs. Other intelligence told the CIA and the National Security Agency that a Nigerian was being trained in Yemen to attack an airplane.

Yet the most powerful, well resourced, empire in the history of the world still could not prevent the attempted attack. What on earth has to happen for the system to work? The source of the failure was apparently territorial jealousy at the agencies which declined to share the information with other critical players in the anti-terror security network. This lack of co-operation is taken as normal but from any reasonable assessment it is as if the whole intelligence community consists of miscreant teenage boys too addled by testosterone to take even minimally mature decisions to save their own country.

But even that idiocy pales in comparison to the response to the attempted bombing. A massive “security” effort after the fact which caused, and continues to cause, chaos in air travel without any evidence that flying is safer. The terrorists didn’t manage to kill anyone but they must be delighted at the hundreds of millions in damage to the economies of the West they have caused.

The defensive reaction – pat downs of mothers and their children from Peoria to Podunk – would be humiliating to any self-respecting nation. But the US is not a self-respecting nation – it is free market loony-bin – a private capital free-for-all encouraged and facilitated by a terminally corrupt government made dysfunctional by corporate money.

Did the US government and its seventeen (!) intelligence agencies not have somewhere in its hundreds of possible attack scenarios that someone would try exactly what Umar Farouk Abdulmutallab tried? Did they decide it was, what? Unlikely? Too expensive to guard against? The mind boggles.

Except that this is exactly what we should expect from a country whose elites consist of people becoming obscenely wealthy while 25% of their country’s children survive on food stamps, or the pols and their hangers-on who see being elected to government as nothing more than an opportunity to receive bribes from corporations.

It’s just one small part of the failed security apparatus (price: $75 billion a year) but it is telling: the last line of defence against a terror attack on planes in the US is carried out by airport security people being paid minimum wage working for private firms ever-obsessed with the bottom line. They are untrained, unmotivated, unorganized and the turnover is what you would expect of such unrewarding jobs. That is how serious the US is about fighting terrorism.

Hendrik Hertzberg writing in the New Yorker a few years back put it best: “when the ameliorative functions of government are held in contempt, then a single thread ties together upper-income tax cuts, the dismantling of environmental and safety protections, the shredding of the social safety net, the peopling of regulatory agencies with cronies hostile to their purposes, and, finally, outright corruption. If government is seen as a whore, why not treat her like one? All that remains is to fleece the johns and divide the take.”

When the US Empire finally enters its death throes this quote would be a suitable inscription to place on its grave stone.

Posted by Larry Hubich at 11:39 No comments:

The national office of the Canadian Centre for Policy Alternatives released it's new analysis of CEO compensation in Canada today:

Canadians may have been hit hard by a worldwide economic recession, but it appears Canada’s 100 highest paid CEOs are enjoying a soft landing.

Hugh Mackenzie's latest report on executive compensation shows the total average compensation for Canada's 100 highest paid CEOs was $7,352,895 in 2008—a stark contrast from the total average Canadian income of $42,305. They pocketed what takes Canadians earning an average income an entire year to make by 1:01 pm January 4—the first working day of the year.

Click here to read more and download the full report. Click here to use our CEO pay calculator to find out how quickly a top CEO will earn your salary."

Posted by Larry Hubich at 09:23 No comments: 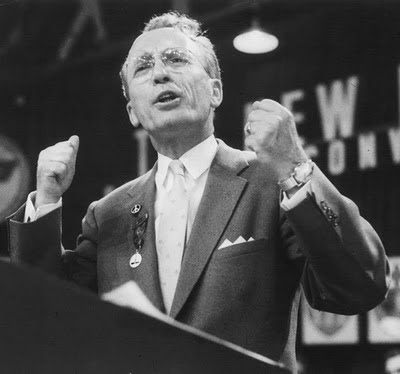 Tommy Douglas on Fascism: “Once more let me remind you what fascism is. It need not wear a brown shirt or a green shirt -- it may even wear a dress shirt. Fascism begins the moment a ruling class, fearing the people may use their political democracy to gain economic democracy, begins to destroy political democracy in order to retain its power of exploitation and special privilege."
Posted by Larry Hubich at 23:17 12 comments: