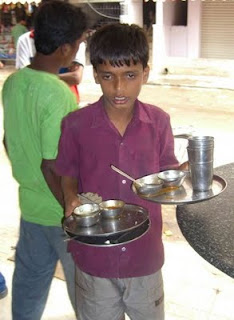 Citizen blogger, Joe Kuchta pulls the covers off the real reason why Labour Minister Rob Norris and his team are lowering the miminum working age in Saskatchewan - it's because the CFIB told them to.
Read all about it here.
Posted by Larry Hubich at 11:31 No comments: 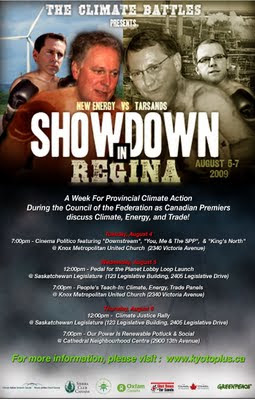 Click the image for larger view
Posted by Larry Hubich at 21:56 No comments:

Noam Chomsky - Crisis and Hope, Theirs and Ours - Democracy Now!

There is a video embedded in this posting, if you are unable to view it click here:
http://www.democracynow.org/2009/7/3/noam_chomsky_on_crisis_and_hope
Posted by Larry Hubich at 09:26 4 comments:

Attention Businesses: Come to Saskatchewan, kill a worker, get off scot-free

According to the CBC Web-site today, the Brad Wall government has decided to set up a "working group" to study (investigate) why workers are getting killed in Saskatchewan.

Give me a break already!

We don't need a "study" - we need enforcement of the existing law. We need workers to be confident that they will be supported when they report a "bad employer". We need some bosses to go to jail for killing their workers through negligence.

We NEED a government that cares about workers, instead of pandering to the bosses, the Chambers of Commerce, and the CFIB, etc.

Brad Wall, Rob Norris, et al, can claim responsibility for the rash of workplace deaths in Saskatchewan since they signalled to the crappy employers that their government will look the other way.

My next question: Who's on the so-called "working group"?
Posted by Larry Hubich at 13:02 5 comments:

Think the Sask. Party government will protect you against an employer who rips you off? Think again!

Graphic by CALM
Attention employers: Don't worry about Saskatchewan's labour laws, Brad Wall won't enforce them anyway. In fact, he's just as likely to change them so you can get away with ripping off workers even easier.

Attention workers: Want your rights protected, want to get paid for the hours you work? Don't count on Premier Brad Wall, or Labour Minister Rob Norris, or the Sask. Party government to help. Get a Union!

The saga of Poverino's rip-off of 135+ workers and the theft of over $62,000 in wages continues. Today's Regina Leader-Post ran these two articles:

Left in the dark: How Poverino's walked away without paying 137 young people owed wages

Check it out!
Posted by Larry Hubich at 08:21 No comments:

Just another cog in the machine

Posted by Larry Hubich at 22:05 No comments:

Posted by Larry Hubich at 19:03 No comments: