TILMA will NOT reduce trade deficits or create jobs in Saskatchewan 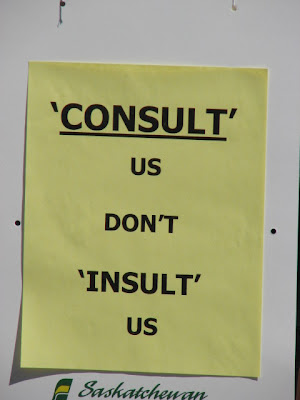 According to highly respected economist, Erin Weir, the BC-Alberta Trade Investment and Labour Mobility Agreement (TILMA) will NOT create more jobs in Saskatchewan, nor will in reduce our trade deficit with B.C. and Alberta.
In fact, Weir argues that if TILMA functions as promised the opposite is just as likely to occur - a larger trade deficit and fewer Saskatchewan Jobs.
Below is a direct quote from the Relentlessly Progressive Economics Blog:
"As noted in December using 2002 figures, Saskatchewan imports more from its prospective TILMA partners than it exports to them. The 2003 figures are now available: Saskatchewan’s trade deficit with Alberta was $2.1 billion and its trade deficit with BC was $0.4 billion.
Since there are currently no significant barriers to inter-provincial trade, signing TILMA would not significantly increase inter-provincial trade flows. However, if TILMA functioned as promised and facilitated greater inter-provincial trade, the consequence would be larger trade deficits for Saskatchewan. Others things being equal, this change would reduce Saskatchewan’s GDP and employment.
The countervailing argument, and indeed the orthodox economic argument for free trade, is that higher productivity will increase GDP. However, higher productivity does not create jobs. If productivity gains increased Saskatchewan’s GDP despite higher trade deficits, the result would not be greater employment. Even on a purely theoretical level, the Conference Board’s claim that TILMA would increase both GDP and employment in Saskatchewan is suspect.
In his review of the Conference Board’s work, Dr. Helliwell writes (pages 11-12), “it is surprising to see the Conference Board report, which is intended to show the long term equilibrium consequences of TILMA, reporting a net increase of 4,400 jobs. I gather that this was done by taking the presumed 0.92% provincial increase in GDP and calculating the number of workers it would take, on average, to produce that much GDP. But since the gain in GDP is coming from productivity increases, the increase in GDP is not based on hiring more workers but on reducing the number of workers required to produce a given amount of GDP.”"
Posted by Larry Hubich at 09:05

Email ThisBlogThis!Share to TwitterShare to FacebookShare to Pinterest
Labels: TILMA