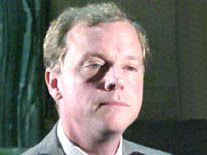 The Sask. Party government under the leadership of Brad Wall continues their reckless assault on the constitutional rights of the citizens of our province. Now they are trying to silence dissent. (see Bill 43)

Reminds me of the actions of some "tin-pot" dictatorship.

COPE 397 President, Garry Hamblin's letter to the editor about it (reproduced below) appears in the April 29, 2009 edition of the Regina Leader-Post:

It was with rising concern that I read of the Saskatchewan Party's rejection of the amendment to Bill 43, The Trespass to Property Act, that recently passed in the legislature.

The Trespass Act (the first of its kind in Saskatchewan) will make it illegal for anyone to be on public property without the consent of the government. This will include persons who engage in demonstrations, protests and marches. Other provinces have similar laws, but Saskatchewan will be the only province where no exemption for peaceful demonstration or protest exists. This exemption was the subject of the amendment that the NDP opposition was trying to get accepted.

Justice Minister Don Morgan says the right to demonstrate exists whether spelled out in the Trespass Act or not, so no exemption is needed. If this is true, then why not simply spell these rights out as per the Manitoba legislation that the law is modeled on? The Manitoba law clearly sets out an exemption for peaceful demonstration, picketing and so on.

Saskatchewan's legislation tramples on the rights of every resident by curtailing their ability to gather in peaceful protest or demonstration if they so choose, without the permission of the prevailing government.

When governments take away the rights of citizens to peacefully demonstrate, one can only wonder what future legislation they are contemplating that they think residents won't like.

With issues such as nuclear power, changes in services offered by Crown corporations, privatization of public services and others looming, one doesn't have to speculate too hard.

The gov't knows what they are doing, they are not stupid and know exactly what the possibilities are with each piece of legislation the gov't introduces. Any gov't knows when they are treading on peoples rights, if they are being restrictive or blatenly breaking the law. 0 accountability = Sask Party