What seems to be the problem here? 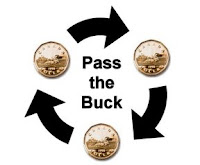 On February 6, 2008 I wrote this letter to Sask. Party Premier Brad Wall requesting that the provincial government refer Bills 5 and 6 to the Court of Appeal for determination as to their constitutionality under the Constitutional Questions Act of Saskatchewan.

On February 20, 2008 my office received this letter (dated February 8, 2008) from Premier Wall advising that Justice Minister and Attorney General, Don Morgan had already responded to my letter.

Since nothing has arrived as of today (February 27, 2008) I phoned Mr. Morgan's office to find out when the response the Premier referred to in his letter would be forthcoming. Mr. Morgan's staff could not immediately respond, but subsequently left the following voice mail on my phone a few minutes later:

This goes far beyond anything that could be described as 'incompetent'!

I think it is normal in most government correspondence for the Premier's Office to provide immediate acknowledgment of receipt of an enquiry such as yours. The appropriate Minister, (Morgan in this case) would issue the substantive response with a c.c. back to the Premier.

These people haven't even figured our where the washrooms are in the Legislature building yet!

If it is not imcompetence ... you are dealing with gross arrogance.

Neither is very flattering coming from the Office of the Premier of Saskatchewan.

Now that's progress, they are streamlining after all.

I couldn't get your .wav to work.
If you use Audacity (free audio program) you can encode it as .mp3 instead if you have the full .wav on your computer still.
You may need to get the Lame MP3 codec from another program such as CDex (also free and nifty).

Thank you Saskboy. I have converted the file from .wav to .mp3. Links to both formats are now posted.

Oh boo hoo. Mr. Nilsen never responded to numerous requests we've made of his office, and his staff responded with what could best be described as a "PFO' letter numerous times.

No kidding Paul. I thought your Sask Party was supposed to be BETTER than the NDP, not emulating them?