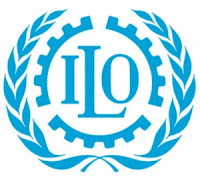 As Saskatchewan citizens were just starting to kick back and enjoy the 2008 Labour Day weekend, the Saskatchewan Federation of Labour and an additional 21 national and provincial labour organizations were filing an historic complaint against the Brad Wall government with the International Labour Organization (an agency of the United Nations).

"We firmly believe that the ILO Committee on Freedom of Association will find that the actions of the Saskatchewan government run afoul of Canada’s international obligations and commitments. Part of those commitments is to ensure that workers are free to join unions of their own choosing and to engage in free collective bargaining without undo influence from either employers or government," Hubich added. "At a time when human rights are increasingly topical on the global agenda, the Sask. Party government’s attack on workers’ rights is embarrassing.”

Not to nitpick but not only did labour take Devine to court, but the citizens did on a number of issues as fundamental as the right-to-vote.

This also went to the supreme court to answer the question about violations of the right to vote clause of the charter.

Long story shot, I support you guys in your case and I hope you win, and I hate Brad wall too, but don't whitewash how bad Devine was :-)

I stand corrected! And have amended the posting.

has such a large and impressive number of unions been forced to take the elected government to court, and/or to an international tripartite body such as the ILO to ensure that their members human rights are respected.

Best wishes for a successful outcome! We will be watching developments closely!