Logo Graphic - U of S 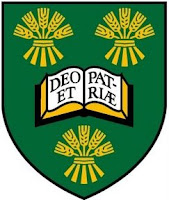 It has been reported over at the "Concerned Academics Speaking Out" Blog that the University of Saskatchewan Board of Governors has endorsed an "external review" of Human Resources at the U of S.

This is a clear indication that there is a high level acknowledgement of serious and significant problems with the way the U of S administration is handling the whole area of H.R. In my view this includes collective bargaining; relationships with the unions on campus; and heavy handed political interference in the dispute with CUPE 1975 in late 2007.

Further, this it to say nothing of evidence suggesting that the U of S was a big push and influence in getting the Brad Wall government to bring in Essential Services Legislation and changes to the Trade Union Act, both of which are an assault on the Charter Rights of Saskatchewan workers.

From the Concerned Academics Blog:

"There is extremely good news regarding the Concerned Academic Community's call for an external review of employee relations at the U of S.

The Chair of the U of S Board of Governors, Mr. Art Dumont, has sent a letter confirming that the Board has endorsed the concept of the review. The main points of Mr. Dumont's letter to the Concerned Academic Community were:" (read more....)